Please Enter your Email Address to Reset your password.

Don't have an account? It only takes a minute.
Signup now

Add your business with Connect2india

Please Enter your Email Address to verify your account.

Thank You For Registering..

We have sent a confirmation email at your registered email address.Please verify your account

A photographer from ‘the land of kings’-Rajasthan

Pawan Kumar is a wedding photographer from rajasthan, who makes wedding albums and also do video making and editing.

After graduating from school, Pawan did not have a decided direction of a career to get into. But he was always keen to learn new things and photography was one of them.

One of his friends had gotten a contract to photograph a wedding and he asked Pawan to tag along. Pawan noticed how his friend, Pramod Kumar, was indulging with people around and was capturing beautiful moments for them. That's what intrigued Pawan to learn Photography from the basics and he asked his friend to help him learn.

He went to Rajasthan Bagh one day, and discovered his skills for photography. He started applying different strategies and angles to capture images of people and landscapes. He learnt as much as he could by self-analysing various things and trained himself on the field.

During his learning period he has worked under many professional photographers and enhanced his capabilities and gained knowledge about editing and video scripting.

“The best part about a person is their emotions and their way to express. That’s what I love to capture.”- said Pawan Kumar

Have any Question / Feedback

Five Friends Are Making it Easier For You to Trade

My dream is to build a hub of 10,000 people who will work and serve 20 lakh poor people

A photographer from ‘the land of kings’-Rajasthan

How an Engineer Made Career in Trade

From Biscuit Factory to Export Trader: The World is Full of Opportunities

With this garment manufacturing unit, lets bring all unemployed people together

Native American artificial jewelry is the new trend you need to follow!

Business Side is Up for the Rice Milling Industry in India

Every Business is Unique...
Share your business story with the world!

Get free visibility for your business in front of Millions of visitors!

Tell us about your Business

Connect2India is an initiative to simplify doing global trade from and with India. We are working towards our vision to "Make it Safe & Simple" for anyone wishing to do trade in India, be it exporting or importing products. We aim to make Connect2India as single stop source for meeting all you trading requirements in India. Further, We aim to enable and facilitate end-2-end business by providing all the resources related to trade, be it importers, exporters, service providers, market demand, trade statistics, regulatory requirements etc., all at single place. The end goal is to make doing trading simple and safe 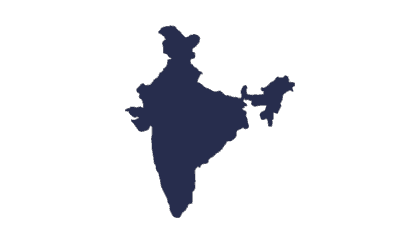